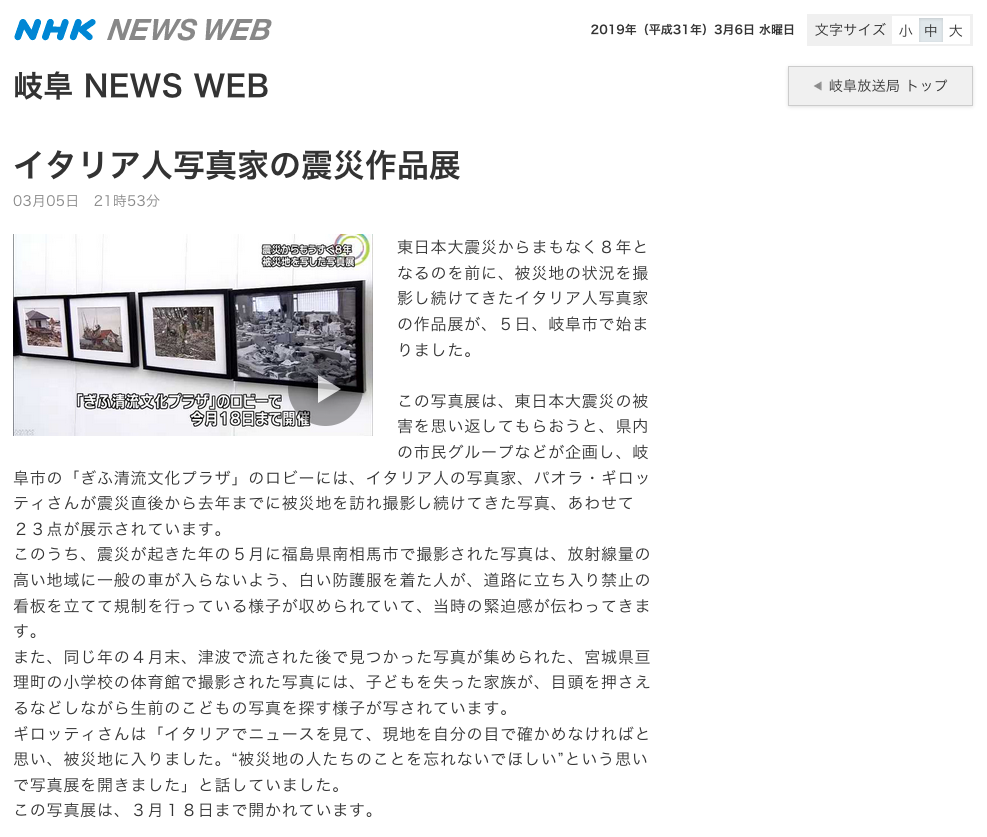 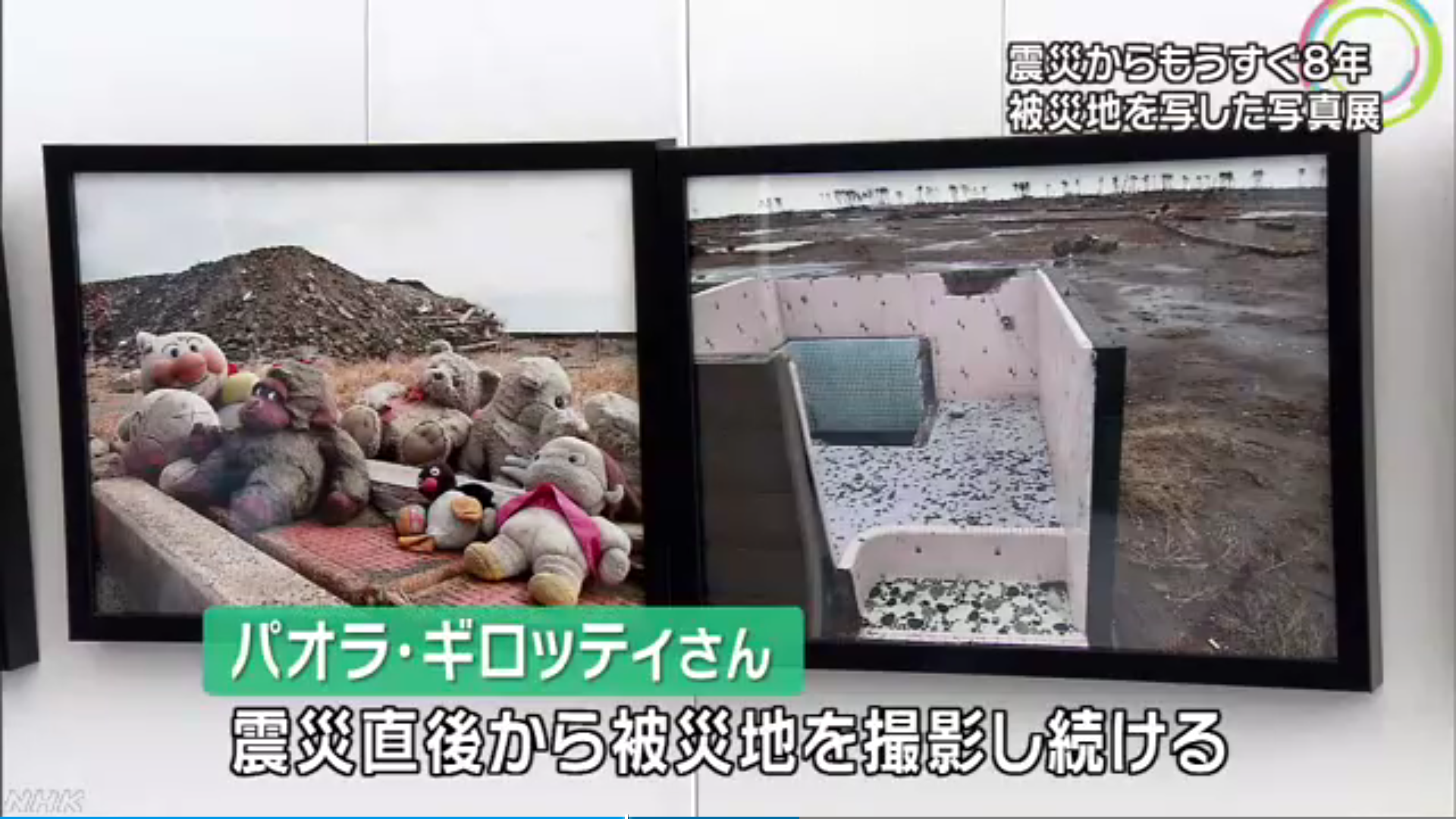 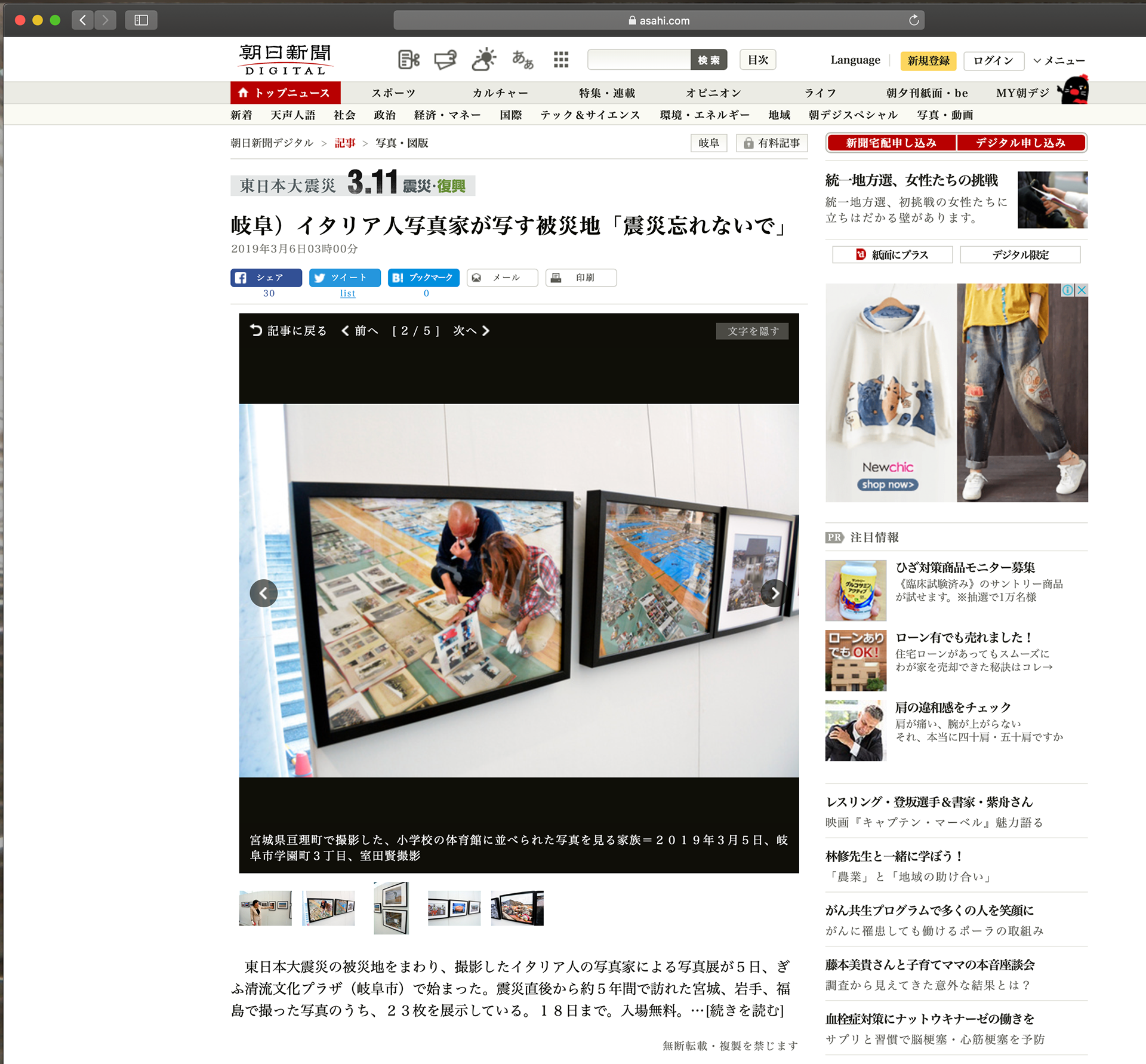 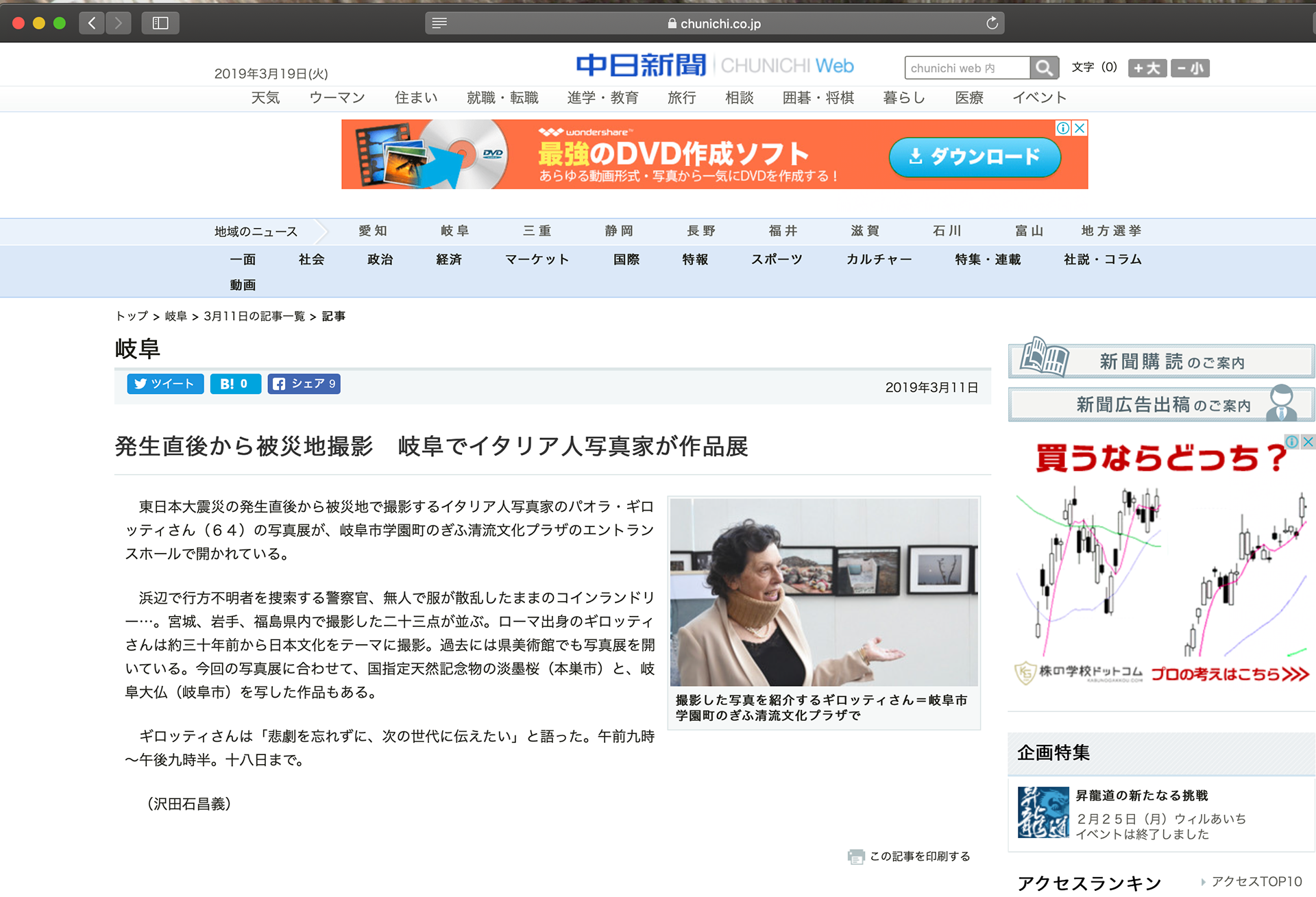 "I WILL NEVER FORGET !"
Paola Ghirotti exhibition
Seiryu Cultural Plaza- Gifu City- GifuPrefecture
from 5 March 2019 to 18 March 2019
Paola Ghirotti's photographic exhibition is proposed eight years to 11 March 2011,
the day since an enormous earthquake and tsunami struck northeast Japan, devastating coastal regions and setting off a nuclear power plant failure.
The photographer Paola Ghirotti started this project on april 2011 a few weeks after the tragic events,
cyclically she goes to the area and documents the situation.
The choice to propose the exhibition in Gifu was also motivated by the fact that in the Prefecture is located the town of Motosu: the Mino-Owari Earthquake-Great Nobi Earthquake- was the largest recorded inland earthquake in Japan's history. Its epicenter is believed to have been the Neodani Fault , which is located in the town of Motosu, Gifu Prefecture;
On March 2016 a part of the exhibition was exhibited in Minamisoma, Fukushima Prefecture, at Minamisoma Shimin Bunka Kaikan in collaboration with Minamisoma City International Association. http://yumesoso.jp/yutadosa/archives/16088.html
https://www.iictokyo.com/eventi/log/eid309.html…
Minamisoma is about 25 kilometres (16 miles) north of Fukushima Daiichi Nuclear Power Plant, Fukushima Daiichi Genshiryoku Hatsudensho, approximately a week after the earthquake Minamisoma was in the news as the town's mayor Sakarai Katsunobu asserted that his people had been "abandoned" in the wake of orders for all remaining residents to stay in their homes inside the exclusion zone around the Fukushima I Nuclear Power Plant.
On April 15, 2012 the people of Minamisoma were able to return to their homes. The checkpoints at 20 kilometer
distance from the reactors were moved to about 10 kilometers from the plant.
The photographer Paola Ghirotti explores traditional roots of Japanese culture for about thirty years.
Her work had been published -in Italy and abroad - in books and magazines, some of them becoming images of reference.
Paola edited the special edition of “LIMES”-“Japan: This mystery”, which was published, to universal acclaim, in 2007.
She was given an unusual degree of access to the disaster area few weeks after it was struck in March 2011.
The ambassador of Japan in Italy had given her an official recognition for the expressions of solidarity and kindness towards the victims in Tohoku.
unGiappone® is the trade mark, which maintains Paola Ghirotti’s pictorial archive, her writings and, her ongoing photographic exploration of traditional cultures
https://ungiappone.com/invalid